I have never seen someone as excited as Sean

He was rambling and carrying on about some kid and how they got in trouble, but didn’t actually say who or why he was in trouble.  I let it go and figured it was just someone he saw on his way home that day.

The following afternoon, Sean comes in again, shouting about this other kid.  I tried to dig in further and he said that this kid went to the principal’s office yesterday for bringing a gun to school.  My mouth dropped, you see my Sean is only 6.  He goes on to say how the gun was brought on campus by a 5 year old (Trevor), who is actually our neighbor and Sean’s best friend.

I knew his parents and had to get to the bottom of this.  Trevor’s father answered the door, shaking his head “You must have heard the news”.  About that time a Network News Crew rolled up and started staging outside their home.  I asked “What’s going on?”, and his father in an extremely frustrated voice stated, “Trevor and Lisa were being bullied by an older kid”.  He decided to take his big brother’s BB gun to school to protect himself and his little sister (Lisa, age 4).  Trevor had been suspended for 2 weeks and will have to go through a disciplinary hearing before he can return to school – if allowed to return at all.   I thought “OMG, at age 6, he may be expelled, and a police record just because he was afraid of a bully!”

Trevor was not the only child to be bullied in the past.  Most adults can remember at some point, in their life either as a child or as an adult when they felt they had been bullied.  The epidemic is so far out of control that even the youngest of children feel they need a weapon to be safe, or in Trevor’s story to keep him and his little sister safe.  Where did this start?  Probably in the first place where like and different minds came together.    Where doesn’t matter at this point, who doesn’t even matter, WHY is the important factor here.

According to a 2012 study at Caldwell College “Bullying carries a lifelong series of emotional scars that permanently affect children into adulthood. Bullying is associated with depression, anxiety, and poor school performance”.  “Results indicated that bullying was strongly associated with increased psychological problems and with poor reading comprehension performance.”

Traditional – bigger child picks on smaller or younger child; takes toy or backpack; knocks books onto the floor; blames other for what they have done, etc.

Extortion, or Covert and Hidden – give me your lunch money – in return I won’t hurt you or won’t tell on you; lying or spreading rumors; negative facial or physical gestures, menacing or contemptuous looks; intentionally embarrassing someone; mimicking someone’s disability or lack of ability; socially excluding or encouraging others to socially exclude; and damaging someone’s reputation.

Bullying by way of others – the bully knows you care about someone so they torment that person to get to you.

Cyberbullying – the Internet is now a tried and true tool of the bully. Facebook and chat rooms are overrun with bullies.  It has been widely publicized how many teens have been the subject of cyberbullying, resulting in depression and even suicide.  Cyberbullies tend to write or show inappropriate pictures that are abusive or hurtful; deliberately exclude others; spread nasty rumors or gossip; and are intimidating.

Why do children turn into Bullies?

They themselves have been, or are currently being bullied.

Not all bullying is done by other children. Adults like parents, older siblings, family friends, teachers, coaches, other parents, neighbors, etc. can say or do things to your child that makes them feel like they must reach out and return the act of aggression or intimidation.  This gives him or her the sense that they are in control.

Note: this is not to say that every child who is bullied, abused, or acted against in some way turns out to be a bully or abuser.   On the contrary, most kids if not caught early can tend to withdraw from friends, family and favorite activities.  Conflict is the last thing they want.

The child may not naturally be aggressive, but see others who are and feel they need to be as well to fit in, to keep up, or to be looked at as an equal.

A child may turn to bullying as a way of fighting back against another bully. Once a child who has been bullied has felt the upper hand over his own bully, they feel empowered.  This feeling can be overwhelming if they have never felt it and to feel it again, they in turn become the bully.

Is my child a Bully?

Signs my child is a Victim of Bullying?

As a parent, what can you do?

It may be the case that your child needs to avoid that individual, group, or situation.

Deal with the incident as it occurs, don’t wait for your 8 year old child to start withdrawing and wetting the bed before you ask what’s wrong; or before you approach the bully or someone who can intervene.

Bullying and harassment is a serious issue that our children are facing, no matter their geographic location or their social status; it’s happening everywhere.  It will not go away on its own. This is a growing epidemic that must be addressed.  Every one of us, as community members, have a responsibility to participate in ending bullying and harassment. We can’t wait for someone else to step in and solve the problem for us.

“What should I do if my child is being bullied?” 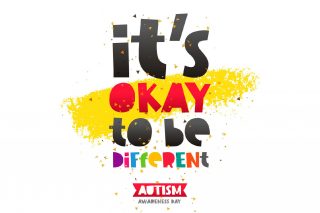