The US Department of Education (DOE), in an effort to keep families and educators
informed, has produced a number of Dear Colleague Letters on topics of concern. Among these are two addressing issues around discipline, suspension/expulsion, and the use of School Resource Officers (SRO’s). These are critical topics of concern considering the many long-term negative consequences associated with suspension and expulsion, as well as discipline of students with disabilities. At the same time the Federal Government is producing these letters, Washington State legislature has introduced a Bill that would prohibit the use of suspension and expulsion for kindergarteners through 2nd grade. The Bill has a way to go before it can be signed into law, but the Dear Colleague Letters have already started making an impact on how discipline issues are addressed. So, what do these two Dear Colleague Letters say? Let’s look at them individually.

Dear Colleague Discipline and the use of School Resource Officers (SRO) letter:

The letter starts with a strong reminder from Former Secretary King that states, in part:

“…. school resource officers (SROs)—can help provide a positive and safe learning environment and build trust between students and law enforcement officials in some situations.” He goes on further to state, “I am concerned about the potential for violations of students’ civil rights and unnecessary citations or arrests of students in schools, all of which can lead to the unnecessary and harmful introduction of children and young adults into a school-to-prison pipeline”

This strong beginning helps lend to the clear recommendations made by Secretary King that, “School districts that choose to use SROs should incorporate them responsibly into school learning environments and ensure that they have no role in administering school discipline. State and local leaders should consider setting policy and passing legislation designed to help SROs minimize citations and arrests of students and use diversion programs and other alternatives to arrest, detainment, or the use of force. With appropriate training, support, and community engagement, SROs can bolster a school’s capacity to ensure safety and promote learning among all students.  Indeed, students and their families have the right to expect that all school-based personnel coming into contact with students are professionals trained to exercise appropriate judgment and to do so in a nondiscriminatory fashion.”

He goes on further to provide an exceptional tool to help in supporting the SRO and other staff assisting students. The tool, created by the U.S. Departments of Education (DOE) and Justice (DOJ)—the Safe, School-based Enforcement through Collaboration, Understanding, and Respect (SECURe) Rubrics—has been developed to assist States and districts in improving SRO-related policy and practice. This new resource can help education and law enforcement agencies that use SROs to review and, if necessary, revise SRO-related policies in alignment with common-sense action steps that can lead to improved school safety and better outcomes for students while safeguarding their civil rights. The SECURe Rubrics have been developed with the notion that partnerships between school districts, law enforcement agencies, and juvenile justice entities should be formalized through locally developed memoranda of understanding. Additionally, the SECURe Rubrics can support school safety and other SRO-related policies and practices that are informed by educators, families, students, and community and civil rights stakeholders; are updated regularly; and explicitly articulate that SROs should ensure safety and security but should not administer discipline in schools. At the same time the Department of Education has put out the SECURe Rubric the Department of Justice is releasing a letter for law enforcement leaders to highlight the resources developed by DOJ and DOE. For more information about this resource and to get a copy of the letter go to http://cops.usdoj.gov/supportingsafeschools. It is an exceptional tool and one that as families and educators we may want to share with local law enforcement partners.

The other letter addresses the growing concern regarding the use of Corporal Punishment. This letter has been sent to Governors, State Education Secretaries, and other school administrators. This letter points out that the mission of promoting positive development of the nation’s youth requires a school to ensure that no harm occurs to the children and young people entrusted into its care. The Dear Colleague Letter goes on to state that a practice in some schools — the use of corporal punishment[  1  ] —is harmful, ineffective, and often disproportionately applied to students of color and students with disabilities. The letter urges the Governors and education leaders to take on the power they possess to change the use of corporal punishment.

“The use of corporal punishment is ineffective as a strategy to address inappropriate behavior. When used in an attempt to compel behavioral change, corporal punishment often has significantly poor results; for example, physical punishment may make a child more aggressive, defiant, and oppositional. Moreover, it can be detrimental to a child’s health and well-being and may have lifelong repercussions.  Research shows, for example, that children who experience physical punishment are more likely to develop mental health issues, including alcohol and drug abuse or dependence, mood disorders, anxiety disorders, and other personality disorders. The excessive use of corporal punishment has been shown to be associated with antisocial behavior in children and later when they reach adulthood”.

Beyond its alarming health implications, corporal punishment in school is also associated with negative academic outcomes. Research shows, for example, that corporal punishment can impact children’s cognitive functioning, potentially affecting verbal capacity, brain development, [  1  ] and the ability to solve problems effectively. Additionally, studies also indicate that students as young as those in preschool who experience corporal punishment tend to perform at lower levels, when compared to peers who have not been subjected to such practices, on measures of both academic achievement and social competence.

In the letter, Secretary King states, “While some may argue that corporal punishment is a tradition in some school communities, past practice alone cannot be a sufficient rationalization for continuing to engage in actions that have been proven to have short- and long-term harmful effects. There is a growing consensus that we simply cannot condone state-sanctioned violence against children in school.”

In his letter, Secretary King identifies that “a long list of education, medical, civil rights, disabilities, and child advocacy groups, including the National Education Association, American Federation of Teachers, American Psychological Association, American Academy of Pediatrics, and many others, have also been calling for a ban on this practice and citing the harmful long-term effects on children and the need to keep physical violence out of the educational environment. Corporal punishment has also been banned in Head Start Programs, Department of Defense-run schools, U.S. prisons and U.S. military training facilities, and most juvenile detention facilities.” He ends the letter by pointing out that twenty-eight states and the District of Columbia have banned corporal punishment. Washington is one of those 28 states that have state law governing the use of Corporal Punishment. However, even with this information on the books, the State still finds a greater number of children of color and those with disabilities being punished far more severely than their peers who do not have disabilities or who are among the population majority.

All in all, the more knowledge we have, the greater the ability to assure that the needs of all students are protected. Learn more about how corporal punishment is handled in your district and share that knowledge with others. Together you can help build a strong alliance against the use of a system that has proven to be both ineffective and dangerous. 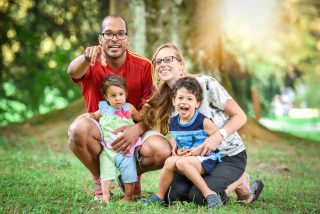 Click Register in the right corner to receive the Zoom link and password, or register here. This helps keep our meeting secure. We are a group of parents and caregivers of children with disabilities, as Read More
View Calendar

Toolkit Basics: Where to Begin When a Student Needs More Help

Shop at Amazon? You can support us!