Here are a few Facts About Disability Rights for Parents, compiled by the National Council on Disability and the Christopher and Dana Reeve Foundation:

The ADA prohibits discrimination based on disability

The ADA makes it unlawful to discriminate against individuals with disabilities in all areas of public life, including jobs, schools and transportation. The federal law, which is upheld by the Office for Civil Rights, covers all public and private places that are open to the general public. Under the ADA, people with disabilities have the right to equitable access. Equity doesn’t mean equal: It means that accommodations are provided to ensure access to something that everyone else has access to.

In 2008, the Americans with Disabilities Act Amendments Act (ADAAA) was signed into law. The ADAAA made significant changes to the definition of disability. The ADA is organized in sections called “Titles,” and the ADAAA changes applied to three Titles of the ADA:

The goal of the ADA and Section 504 as it applies to parents and prospective parents is to ensure equitable access to parenting opportunities.  Also, these Civil Rights laws recognize that separation of parents from their children can result in long-term negative outcomes. The ADA requires child welfare agencies to:

Title II of the ADA and Section 504 also protect “companions”—people who help individuals involved in the child welfare system. A companion may include any family member, friend, or associate of the person who is seeking or receives child welfare services. For example, if a helper person is deaf, the child welfare agency provides appropriate auxiliary aids and services to ensure effective communication.

According to a comprehensive 2012 report from the National Council on Disability (NCD), parents with disabilities are often inappropriately referred to child welfare services. Once involved, these agencies permanently separate families impacted by disability at disproportionately high rates.

According to the report, discrimination most commonly involves parents with intellectual and psychiatric disabilities. Parents who are blind or deaf also report significant discrimination in the custody process, as do parents with other physical disabilities. Individuals with disabilities seeking to become foster or adoptive parents encounter bias and barriers to foster care and adoption placements. The NCD linked the discrimination to stereotypes and speculation about parenting ability rather than evidence of problems in the home. The agency found a lack of individualized assessments and that many families weren’t receiving needed services.

The ADA and Section 504 provide Civil Rights protections against retaliation or coercion for anyone who exercises anti-discrimination rights. ADA complaints can be filed online, by mail, or by fax.

To file an ADA complaint online:

Individuals also may file complaints with the Office for Civil Rights at the Department of Health and Human Services (HHS). For instructions to file in English or other languages, go to How to File a Civil Rights Complaint.

Always save a copy of the complaint and all original documents.

Parenting with a Disability: Know Your Rights Toolkit

Rocking the Cradle: Ensuring the Rights of Parents with Disabilities and Their Children

Parental Disability and Child Welfare in the Native American Community

Protecting the Rights of Parents and Prospective Parents with Disabilities 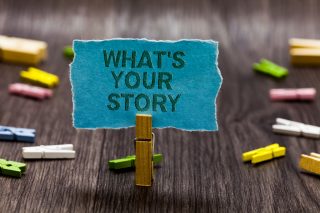 What to Expect: Be guided in what to say and when to say it. Learn strategies FREE and open to all, no experience necessary Who is the training for: All parents and caregivers! Join one Read More
Sep
29
Thu
6:00 pm Online – Transition Conversation @ Zoom Event
Online – Transition Conversation @ Zoom Event
Sep 29 @ 6:00 pm – 7:30 pm 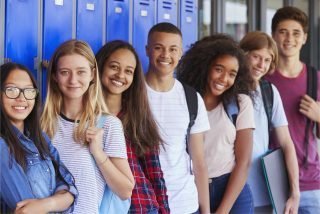 Students and families will have opportunities to meet with service providers for individual conversations about School to Work or job Foundation plans. Meet with providers to help in choosing an agency to provide School to Read More
View Calendar
Add