When I was younger I never noticed anything wrong with my brother.

Sure, he was very hyper at times and I do remember taking him to speech therapy with my mom but nothing crossed my mind. I never realized my brother was different. One day at school, I was about 9 and my brother was 12, we were waiting in line outside of the lunchroom to go inside and eat breakfast. Nothing seemed wrong or out of the ordinary, until a group of kids in my brother’s grade walked over to us. They all surrounded us. Suddenly, they looked at my brother and the leader of the pack suddenly called him a “creep”. The group around us laughed. The same boy then started to call my brother other crude names. My brother looked puzzled and just kept saying “stop” but no one listened.

I then had enough of this name calling game. I stepped in front of my brother and said, “Stop calling him those names. He is not what any of you say at all. Leave my brother alone.” After I said that I wished I hadn’t, but somehow, I knew what I was saying was right. Who am I? I was just a 9-year-old little girl. I had no knowledge of people with disabilities at all. I didn’t even know what “creep” or any of those other words meant, I just had that gut feeling in my heart that something wasn’t right and I knew I had to stick up for my brother at that very moment.

My brother picks on me like a normal brother is supposed to do, and sometimes he takes it way too far. Occasionally I do reply, not very nicely, but after I say something back I feel bad. I promise myself I will try harder next time to remember that yes, he does seem ok at times but he still has autism. I love my brother. I wouldn’t ask for any other sibling in my life. He has helped me and supported me at times too. He always knows when something is wrong and he always asks if I am ok.

So, what’s my perspective on having a sibling with a disability? Well, it’s not very simple you see, sometimes I do wish he was normal and understood everything correctly, but then again, I don’t. Having a brother with autism has taught me many things. No one is perfect, normal is fiction, don’t ever underestimate someone’s abilities, be a leader not a follower, learn from mistakes, and the most gifted are the least expected. My brother is actually a very talented person. I like to think of him as a sculptor. I remember when he was little he would make little men with weapons and tanks out of silly putty, gum wrappers, and Nerds boxes. Every once in a while, I still give him my extra Nerds boxes or gum wrappers because I know he really likes making new little men. He’s also very good at voice impressions; he makes me laugh every time he does one.

My brother makes me laugh in general.  Yes, it is hard to explain to everyone how my life with a sibling with a disability is but let me tell you something, he is one of those people that you could not forget. My brother is not normal but neither am I. I am not afraid anymore of being me, and yes, I am a very weird person but hey, at least I am me and so is my brother. I look up to my brother because he’s not afraid of being himself.

At the age of four, our son began to show signs that he was falling behind developmentally.  We witnessed a child who had once loved engaging with his books and coloring, to one that no longer had any interest in books and specifically avoided any kind of writing or art.  Additional signs and sensory difficulties also lead us to seek out help while trying new methods on our own.  One of these techniques we began using at home was the use of assistive technology.

Around his fifth birthday, we decided to purchase some kind of tablet to help foster a new kind of literacy and offer more ways to interact with books.  Perhaps one of the biggest changes to his books that we had noticed was the change from thicker board books to those with typical thinner pages.  Hypothesizing that this change could have created difficulty for him, we thought about how assistive technology could help him.  My husband and I researched different kinds of technology, from tablets and eReaders to more child-based products, such as those developed by LeapPad.  Considering our budget and our goals for our son, we settled on purchasing a Nook tablet by Barnes and Noble.

Within a few weeks, we had already purchased a number of apps as well as an array of “Read to Me” books.  These books allowed for a narrator or even my own recording to be playing as he followed along with the story.  Our son began to beg for more time on his Nook to listen to stories each night. Using the tablet gave him the ability to easily swipe the screen to advance to the next page instead of trying to grasp at pages, which were more difficult for him; our hypothesis was proving to be correct.

As we expanded our app collection, we began purchasing games and other preschool related apps that would allow him to write numbers and letters with just his fingers.  For the first time, I saw him show an interest in drawing letters by tracing over them with his finger and drawing pictures.  As he began to write some of the letters in his name with his finger, we saw him progress in his ability to also write with markers and other thicker pens that were easier for him to grasp.  The assistive technology successfully provided him with a new platform that bridged the gap between his fine motor deficits and the skills that he was working on.  The assistive technology piece continues to grow with him and new applications have provided even more possibilities for him to grow. 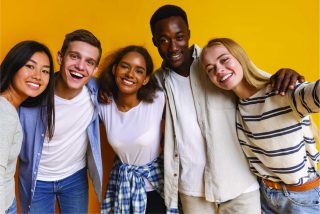 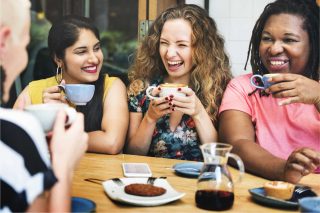 Join Zoom Meeting (using Zoom app or your web browser): https://zoom.us/j/490671555 Bethel Bilingual Parent and Family Group  Do you care for a person with a disability?  This parent group is for you! What: A group Read More
View Calendar

During this time, we are following the guidelines with our partner organizations where we host or facilitate our events and their local health department.  Of course, we understand you must make the best decision for you and your loved ones, especially if   they have an underlying medical condition or other high risks according to the CDC.

For all events where we have asked you to register, we will send you any cancellation, change of location, or other notifications directly to the contact information you provided.